If you live in or close to Southern Illinois, come and join us for our next healing school, October 22, 2022. All details are in this very short video.

SLATE:
A story of faith, temptation, and sacrifice.

I just discovered today that Amazon has put this book on a super sale at 52% off. The paperback normally sells for $7.99, but right now is on sale for $3.81. Amazon has their own funny way of figuring prices, but I don’t ask questions. I just take advantage of them when they do it.

It’s been a long time since I first shared this video, so I thought I’d give it a fresh airing, along with an invitation to visit my ministry YouTube channel if you haven’t yet done so. If you’d like to be notified each time we post a new video, just click the “Subscribe” button, and click on the little bell symbol to control the setting for your notifications.

Are you lookin’ for a love story that will stick with you long after the words ‘The End’???

Well, here it is:

Get Your Copy Here: Paperback or Digital

Well, I just have to post one more video of Jeanne Robertson. And I have to be honest: I had never heard of a Pashmina until I saw this video. I thought everybody where I come from just wore shawls. But, then, lo and behold, when I told my sister about this video, I discovered that she knew all about pashminas — and even had one. Maybe I should explain that I’m not exactly a hermit, but I do tend to keep to myself a lot …… 🙂

Rarely have I laughed so hard as when I’ve listened to Jeanne Robertson. And knowing that all of her stories are true makes them even more funny. After all, life really is funny a lot of the time, and as long as we are willing to ‘let our hair down’ enough to laugh out loud at those experiences, we can glean the healing and health available to us in that laughter.

This is one of my favorite Don Knotts scenes from the Andy Griffith Show. I’ve loved this show since I was a kid, and I have more than 200 episodes in my own collection. I just watched this segment again today, and I’ll bet you a month’s salary that you can’t watch it all the way through without laughing out loud.

Of course, I should add that since I’m a freelance writer, my salary isn’t always the same every month. Sometimes it’s a lot, and sometimes its zero. So don’t waste your time trying to win the bet. It isn’t worth it. Just go ahead and laugh out loud.  🙂

GOD HIMSELF SAYS HEALING IS YOURS
by Ted Pavloff

A ROD, A SERPENT, AND A MIRACLE-WORKING GOD:
Physical Healing From a Spirit God

(I originally posted this article almost 7 years ago. But this week I began thinking about the truths expressed in it, and I felt it was time to give it a fresh audience — and to put it into video format as well. You’ll find the video below the text. I trust it will bless, whichever format you choose to experience.) 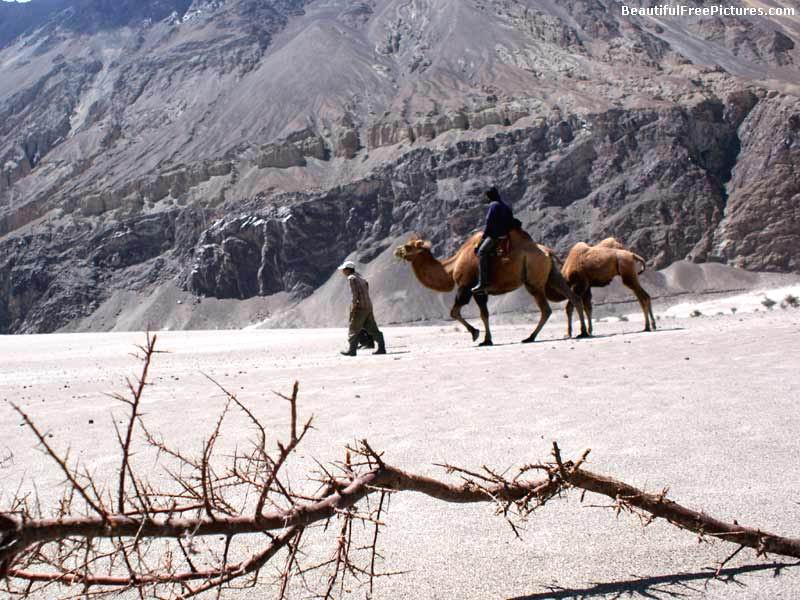 We all live by a value system of some kind. Each possession, each day, and each person in our lives has a different value, and sometimes that value changes. The title of this article is a joke, of course, poking fun at the truth that most value is relative. But what makes it relative? What, in the final analysis, determines an item’s value?

There are millions of affluent citizens of several nations who value their Cadillacs — or a number of other expensive automobiles with big gasoline engines — as one of the most important and life-enhancing items they could own. On a roster of possessions that represent the most positive assets in life, those glossy, high-powered autos head the list.

But let that Cadillac owner find himself stranded in the middle of a blazing desert: sand blowing into every nook and cranny, including his engine — no roads of any kind — no gas stations.  Suddenly, a slow-moving, bad-smelling, comically-proportioned camel is worth a whole lot more to that guy than the Caddy, and he’d gladly make a trade. Value.

By the same token, a woman who finds herself happily married to a kind, thoughtful man will value that man highly — more highly than any of the other people in her life. Her next-door neighbor may be married to Attila the Hun, and she finds herself valuing her time away from him with others much more than she does him.

The woman who’s wished all her life for a huge two-story home with five bathrooms, and who has the money to care for that house and hire help — as well as be free to stay home and enjoy it most days — will value that house highly. But the gal who struggles to make ends meet by working three jobs and going non-stop from sun-up to sun-down will value a one-bedroom apartment that is easy to clean and maintain with no extra fuss.

So what is it, really, that gives something its value? It seems that it is the owner of that ‘something.’  The person to whom the thing belongs and for whom it fulfills a purpose or meets a need is the one who imbues it with its value.

Well, I, for one am thrilled to realize that truth. Because I know for sure to whom I belong.  And I know for sure — because He told me Himself — what service I perform and what needs I meet for Him. Nor am I an isolated case. There are millions more just like me — yet unique at the same time — and bearing equal value in the eyes of our owner.

My owner is the God of the universe, the Creator of all things — including me. His Word tells me clearly (Revelation 4:11) that all things — including me — were created by Him for His pleasure. And, in fact that is my number-one job: to give my Heavenly Father and the Lord Jesus Christ pleasure. Surely, I am assigned to do other things: to love others; to teach them what the Word says about Jesus and how He, as God, came to save us from our own sin and rebellion; and to show by my whole life the true nature of God. But those assignments do not substitute for God’s original purpose in creating me: His own enjoyment of a family just like Him.

But not only does He own the whole human race because He created us. When we rebelled against Him and turned away, breaking our relationship with him completely, with no hope to get it back, God came in the person of Jesus Christ and paid the supreme price to buy us back into His possession. He made us the first time (an easy and delightful experience for Him); He bought us the second time (a gut-wrenching, horrific, thoroughly bloody experience for Him).

But you know what’s really interesting to me?  The Word of God tells us in Hebrews 12:2 that Jesus faced all of that sacrifice for us — laying aside the privileges of Divinity and re-defining Himself in human flesh, living a life never once stained by sin, and taking our sin and the horrible shame, beating, crucifixion, and separation from God that we deserved — because He saw something beyond that sacrifice that would give Him so much joy that it far surpassed the evil He would have to endure.

Now, tell me please, what joy could the Lord of the universe – Creator of all things — what possible joy could He have been missing that made such a horrific sacrifice necessary? The only thing He was missing was a relationship with man. Since man, by his own volition, had irrevocably broken that relationship, nothing could restore it at that point. The only hope was if God could find a way to “re-create” the human race — to make them righteous enough again to fellowship with Him.

The triune Creator had everything else He could possibly want, but not one of those things could give Him the joy that His relationship with us could give. Dear friend, it was for man — for you and me — that He longed. It was for you and me that He made the decision to suffer such agony and death.

So how valuable are we? Is there anything in the universe that could be bartered for you and me? Is there anything that can be offered to Jesus Christ in exchange for His relationship with us that would tempt Him to give us up? Not on your life, my friend!  He already made that choice, once and for all, when He laid down everything else for us.

Remember, He didn’t just decide to come down to earth for a moment in time and go through the motions. He came down to go through the reality of taking on our sin, taking on our separation and banishment from the Father God, taking on our death. His only hope was in the eternal Word of the living God, who had spoken that He would raise Jesus up with new life once the legal price for sin had been paid in full. Had that Word failed, Jesus would never have seen Heaven again, and we would be lost and undone — without God and without hope — forever.

Yes, it’s easy to identify Jesus Christ as our owner — twice over. He created us; then he paid for us. A critical reader will stop here and note the fact that I am repeating this point for the third time in this article. And he would be correct. I am repeating this astounding truth so many times because this world has a way of draining it right out of us. It’s so easy to give mental assent to what we’re discussing here but miss the power of it as a reality in our lives. So once more I will remind all of us:  He laid everything on the line — Heaven, His eternal throne, His own life — for us. And therein lies our value.

WHAT DOES CHRISTMAS REALLY MEAN TO JESUS???
Everyone has different opinions and different feelings concerning the meaning of Christmas. What were Jesus’ feelings about coming from the throne into a tiny body that was laid in a manger at Bethlehem? That’s the focus of my most recent upload to Radical About Jesus YouTube channel: “Let’s Not Get Stuck At The Manger”

Make listening to and sharing this message part of your Advent Celebration this year.