Well, I am so grateful to the Lord for friends who specialize in computers and all their appendages. Thanks to one of those friends, my technological problems seem to be remedied this evening, and I shall go forward from here. But seeing that I was just too tired to start creating from scratch again tonight, I decided to take another little trip down memory lane and wandered through some of my old 100-word stories. (Some may have tipped a little over the 100 mark, but not too far over). Thought I’d just re-post a few of them on here and air them out again. Some of you will remember them, but many of you were not following at the time they were written, so they will be fresh for you.  Either way, I hope each of you finds at least one or two that you enjoy.

CARRIED ON A SONG

I heard the song today. As I walked through Hilliard’s department store, a customer opened a jewelry box, and the melody tinkled across the room. My breath caught in my chest. Tears sprang to my eyes. But my heart smiled. Every time I hear it, I think of you.

Roger loves me, and our boys are treasures I’d never part with, but my heart still aches for you. All those years ago, Fate decreed us bitter enemies in that horrible war between our nations. But as long as I live, my love will seek and find you in the strains of that song. 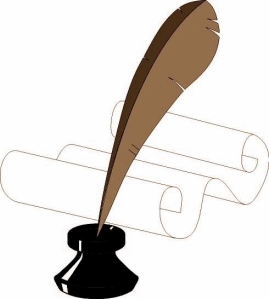 The quills were ancient. Mara had found them locked in a closet of the abby. But the points were sharp, the monks having taken great care of them. She sighed now. “Remember, Robert … computers and photocopiers? It was all so easy?”

“Yeah … life before the E-bombs. Who would have dreamed our electronic infrastructure was so unprotected!”

“If the new dictator hadn’t confiscated all the manual typewriters and pencils as well, we could at least communicate to some extent!”

Picking up a quill, Robert replied: “Well, this is how our ancestors printed letters and books. We come from the same stock. So –” dipping his quill into the ink – “let’s get started.”

“Hello!” Dickey Hendricks greeted the curious animal in the forest.
“Hello.”
“Boy, you’re funny looking! Who are you?”
“I’m Fable Abel.”
“Who’s that?”
“The main character in the fable about just being yourself.”
“Tell me.”
“Well, my author started creating me to be a zebra. He gave me these hind legs. But then I saw a tiger and insisted on becoming a tiger instead. So he gave me this body. But when I saw a giraffe, I begged my author to make me a giraffe. So he stretched my neck. But just as he was drawing my head, I saw an elephant and shouted, ‘No, I want to be an elephant with a looooong trunk!’”
“Oh my! So what are you now?”
“A lesson for boys and girls like you.”

“You mean you invested ALL our money in THIS?

“It will make a grand hotel; you’ll see.”

“Well, I used the money from our old house to —

He ran as he’d never run before.

LOVE GROWS ON YOU

Virginia Creeper wasn’t beautiful and was generally considered a nuisance wherever she grew. But she had a kind heart, and when she heard sobbing out by the alley, she crawled over to investigate. She found Barney, the discarded garbage truck, soaking the ground with his tears. “Barney?”

“I-I-I’ve been thrown away! Dumped here; no one wants me now. Dead motor. And everybody says I-I-I stink!” His sobs were heartbreaking.

Virginia gathered her strength. Stretching, squirming, she pulled herself toward the unhappy truck. She reached up, grabbed his bumper, and curled around it, stretching higher and wider until she had completely embraced Barney in a comforting hug. “Don’t cry, Barney. I love you, and I’ll stick with you forever.”

The fog’s especially heavy tonight. It’s a good time to stay inside and write this letter. I can’t see three feet past the door. The lighthouse on the island has sounded the foghorn every two minutes for hours. You remember the island, don’t you? Where we buried him? I often wonder what would have happened if the fog had lifted in time for someone to see us digging the grave. 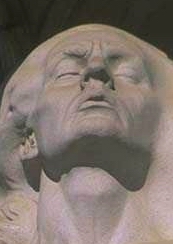 ONE LOOK WAS ALL IT TOOK

“The stone head at the very top of the building is what’s left of the king’s former messenger,” the guide explained. “Doomed by a curse to remain in that position, with eyes closed forever, seeing nothing. Punishment for looking lustfully at the king’s daughter.”
“You mean he’s still alive?” one tourist asked.
“Indeed, but he will never have a body or real eyes again unless the princess herself breaks the spell.”
“How?”
“She must publicly forgive him, then climb up and seal the forgiveness with a kiss.”
“And she refuses?”
“Oh, she’s willing enough, but … alas … she’s afraid of heights.”

A MAN OF VALUE

Eddie couldn’t hold back the tears as he stood at the building site, his hand gripped by Tony, an ox of a guy with tears in his own eyes. “Thanks, Ed, for all you’ve done here.” Tony and his family had lost everything, including their house. But today they’d received the key to a brand new home.

Eddie, serving the 7th of his 25-year sentence, had worked in the carpentry rehabilitation unit for three years now, making prefab elements for these low-income housing projects. “I’m just so grateful the warden gave me permission to be here for the presentation,” he said. He’d considered himself scum for most of his life, but today – wiping tears away with his shirt sleeve – he felt like a valuable human being with something worth giving to life.

He grinned at Tony. “Dang, I’m actually looking forward to the rest of my sentence, helping to build a better life for a lot of people.”

4 thoughts on “Oh, I Remember That One: 100-Word Stories Revisited”