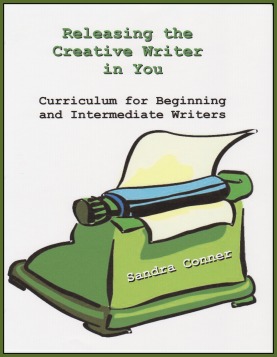 I’ll be posting my creative writing lessons only once a month now, on the first Saturday. Can you believe this is already the first day of April?  (NO FOOLIN’). To access other lessons in this series, click on “Creative Writing Class” in the navigation bar and scroll through to find the lessons you need.

When telling a story, you have to keep the dialogue and action moving at a good pace to hold the reader’s attention, and your details need to be specific things that make the scene more alive or more colorful.

Think about this example: If I were telling you about my date on Friday night, and I said, “We walked into the restaurant, and the waiter led us to a table at the back of the room. Then we picked up the menus and took some time looking over the possibilities. When the waiter came back with our drinks, we gave him our order,” you would think, “Well, of course, you walked to the table and sat down, and, of course, you looked at the menu and then gave the waiter your order.”

What I need to do — if I’m going to make my story interesting — is use only details that add something the average reader would not automatically put into the scene himself. So I could say something like “We had a great table, right by the window so that we could look out on the river. The spicy aromas wafting from the kitchen increased our appetites, and when the menu came, we both got so absorbed in the huge variety of entrees that it took us fifteen minutes to make a decision. But our waiter was extremely patient, and we finally decided on fruit cocktail,  Caesar salads, and Porter House steaks.”

But WHY are you putting this paragraph into the story in the first place? Ask yourself if these details are truly IMPORTANT to your story. If the answer is ‘no,’ then LEAVE THEM OUT. If the answer is yes, be sure the reader can easily make the connection.

One other alternative to that scene could be something like this scene, which emphasizes a totally different aspect of the evening, and which has a specific reason for being in the story: “The atmosphere in the restaurant seemed set for romance. From the time we sat down at the table, Roger and I both had trouble deciding on our choices for entrees because we just couldn’t seem to keep our eyes off each other. We finally managed to order, but as soon as the waiter stepped away from the table, Roger reached for my hand, and we were still holding hands when the first course arrived.” This scene is building on a relationship between characters and is simply using the meal as a setting.

Remember not to waste words telling your reader anything that he will already know. If you have a scene that is so very ordinary the reader could write it for you – if there is nothing really special, unusual, or super important to the plot in it – LEAVE IT OUT. You can refer to it having happened without describing it.

Here’s another example of a scene that is too ordinary.

‘When the time came for the ceremony to begin, Abby’s father took her arm and walked her down the aisle. He turned her over to John, and as the bride and groom smiled at each other, the minister began the ceremony. Abby and John said their vows solemnly and then exchanged rings.”

Since everyone reading your book knows exactly what an “ordinary” wedding ceremony is like, they will be bored reading this. If there are several passages like that in your book, the chances are good the the reader will put it down before he’s done. So – again – if you do not have anything going on that the reader will not automatically assume anyway – just refer to it obliquely in order the let the reader know it happened.

However, if you want to make a point of how emotional the bride and groom were during the ceremony, then you may have a reason to give more details, and you can say something like this: “Abby was so excited that her knees wobbled as she took hold of her father’s arm to walk down the aisle, but he patted her hand and smiled reassuringly, as he had done all through her childhood. This moment would be her last opportunity to interact with her father as merely his child. In a few more minutes, she would be another man’s wife, and her life would never be the same. As she and John spoke their vows, they both had tears in their eyes, and their hands shook a little when they exchanged rings. But they weren’t nervous or afraid — just excited about living out this dream together.”

The best way to avoid short, choppy sentences is to make sure you use good variety. Make it a point to use some compound or complex sentences. Both of these are explained below, with examples of each.

The best writing always uses great variety in sentence structure and length. Most readers expect to feel a sort of ebb and flow in the way thoughts are expressed. It’s the way we think and the way we talk to each other. The most important thing to remember when deciding what kind of sentence to use is that emotions and/or thoughts cause actions – and actions cause thoughts and/or emotions. You never do or say anything for no reason, and neither do your characters. So you want the reader to understand the connections and relationships between thoughts, feelings, reasons, actions, etc. Tying thoughts together into some compound and complex sentences helps the reader do that. So, keep the writing interesting by using all three kinds of sentences to their best advantage.

Here are some examples of poor sentence choices and some corrections for those problems:

Very Poor Grammar:  Mary stopped at the store to get some milk, she bought lettuce and tomatoes too.  (This is a run-on sentence because it has 2 separate, complete thoughts, but only a comma between them.)

Slightly Better: Mary stopped at the store to get some milk. She bought lettuce and tomatoes too.  (This example is 2 choppy sentences.  Much better than the run-on — and they are okay once in a while — but you don’t want this pattern too often.)

Best: Mary stopped at the store to get some milk, and while she was there anyway, she picked up lettuce and tomatoes too.

OR:  Since Mary had to stop at the store for some milk, she decided to get lettuce and tomatoes too.

(These last 2 sentences are Complex sentences, which use one completely independent clause (which could stand alone as a sentence) and one clause that cannot stand alone because it is dependent on the other clause to make sense. In both of these, the dependent clause tells the reader the reason Mary bought the extra food. Also, while giving that reason, the clause takes care of any other information that the reader needs, and that information doesn’t have to be put into its own short sentence.)

Remember, you want a variety. There are times when three or four short, choppy sentences can be very effective if you need a specific tone or mood in the scene, but make sure short, choppy, staccato is the feel you want your reader to have before using very many sentences like that.

Mainly, remember that you want the reader to understand the connections and relationships between thoughts, feelings, reasons, actions, etc. Tying thoughts together into some compound and complex sentences helps the reader do that.

Choppy:  Roger was afraid. He did not want to let it show. He was the first to volunteer for the rescue mission.

Much better:  Roger was afraid, but he did not want to let it show, so he made sure he was the first to volunteer for the rescue mission.

Because Roger wanted to hide his fear, he made himself sign up as the first volunteer for the rescue mission.  (This example also cuts out words, and doesn’t leave out anything important. If you tell the reader Roger wants to hide his fear, then the reader knows Roger’s afraid, and you don’t have to say that.)

Question: Is there such a thing as a sentence that is too long? Yes, if you have included so much information that the reader could get confused – or if reading the sentence aloud causes the reader to run out of breath – then it may be too long. But that can be fixed as well, simply by taking one portion of the information and putting it into a separate sentence. There is no simple way to help any writer decide when he needs to go longer or shorter. But the more the writer observes real-live conversations, and the more he reads his work aloud, the better he will get at making those decisions.

* Releasing the Creative Writer in You, © 2013 by Sandra Pavloff Conner

2 thoughts on “‘Releasing the Creative Writer in You’ – Lesson 7”