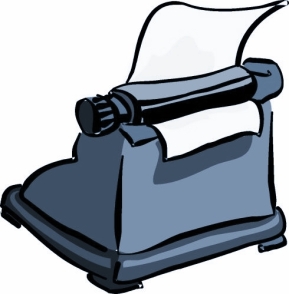 What an exhilarating experience it is to create something! Our God, of course, is the original Creator, but since He made us in His own image, we are also creative by our very genetic nature. I’ve written about this fact a number of times in the past, including it as an important part of my curriculum Releasing the Creative Writer in You.

Writers, particularly, need to be aware of this facet of their craft. Artists just naturally seem to understand that they have created something unique when they finish a painting or a sculpture. And jewelry makers and woodcrafters recognize the fact. But so often I meet writers who seem to feel that until they have completed an entire novel or at least a large collection of short stories or poems, they have not actually created anything of value. And then many writers feel that until another person has judged their work and labeled it “valuable” – someone such as a publisher or literary agent – then they are still “working” at being “creative.”

But the truth is that the intrinsic value of writing lies in this one potent fact: everyone who writes – once he has written an original piece of any size – has created something that never before existed. That person’s words in that specific form, making that specific statement, having that particular impact, constitute an entity that never existed before it came forth out of that individual. What’s more, it never would have existed – had no chance of ever seeing the light of the world – unless that individual had put it onto paper – or into his computer as the case may be.

Now, it’s true that most of us who write want others to read and appreciate what we’ve written. That’s fine. In fact, it’s a good thing. And the acknowledgment of others has its place in a creator’s life. But the fact is that whether or not anyone else reads what we’ve written – whether or not it ever boasts a publisher’s imprint or spends time on a bookstore shelf – every original piece we write is a unique entity that we have created out of ourselves. I encourage all the students in my creative writing classes to get that point indelibly planted into their minds and souls and to enjoy the power of it as they labor, even on their most frustrating, unfruitful days, to hone and polish their craft.

And just as an afterthought, I’ll add one more point that I tell my students – again and again – until I get it solidly established in each of them: Once an individual has written anything original, he has become a “writer.” I never allow my students to say that they are an aspiring writer, a would-be writer, or a prospective writer. Any individual who has created a piece of literature that never before existed is a writer, pure and simple, and should gladly embrace and acknowledge that fact to himself and to others as well.