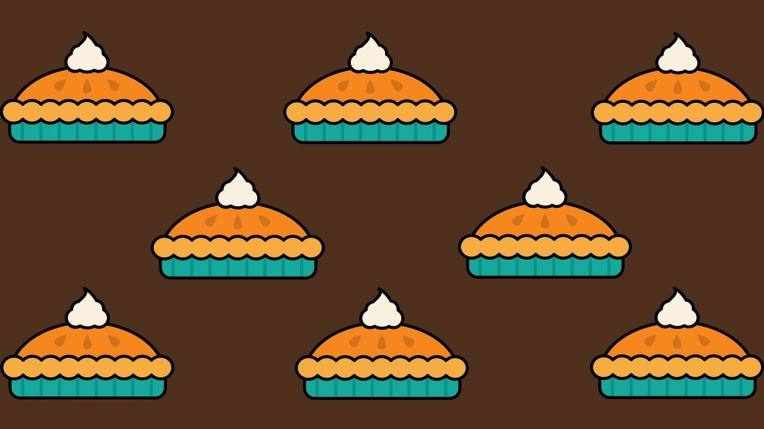 How Many Pumpkin Pies Is Enough???

When I was  child, I did not like pumpkin pie at all. We had a rule in our home that at the dinner table, my sister and I had to eat at least 3 bites of each food on the table.  Like most kids, there were things we did not like (which we later grew to like very much), but my dad was a strong believer that because my mom worked diligently to make sure we had a very healthy, well-balanced diet (including good sweet treats as well), we owed it to her and to ourselves to at least try things that we thought we did not like. After we took 3 bites, if we were still convinced we just could not eat that food, we were excused from eating it.

One evening, my dad decided he’d encourage us further to eat something we said we didn’t like. He often brought us little gifts or tokens of his thoughtfulness when he came home from work, and that night he said he had a special gift for us if we would eat all of our dinner — including the dessert — which was pumpkin pie. I was discouraged because I really didn’t like it, but I wanted the gift, so I made myself eat a small piece of the pie and finished it. When we were done, Dad said, “Okay came over here, and hold out your hands.” We stood in front of him, holding out our hands, and he kissed each one of our hands. Bummer!!!   We complained, of course, but it was all good-natured fun. We knew he meant it as a family joke, so we weren’t angry — but we did tell him we’d never be tricked like that again.

Now, today, I love pumpkin pie.  And I like it best with vanilla ice cream. I have Andy Grifffith to thank for that fact. All the years prior to seeing one particular episode of The Andy Griffith Show, I had always eaten pumpkin pie plane or with whipped cream. I had never seen anyone eat ice cream on it. That combination was for apple pie. But while watching one of the episodes of The Andy Griffith Show (just about my favorite TV show ever), Aunt Bea served Andy pumpkin pie with ice cream, and he talked about how that was his favorite dessert.

I thought what a strange combination. But then one day I decided to try it. And from that moment, I was hooked. Now almost any time I have pumpkin pie, I also plop a big scoop of vanilla ice cream on top.  Mmmmmmmmm.  If you’ve never tried it, be sure you do.

And just think: you’ll have a great excuse to try it just two days from now — that is if you live in the U. S.  And if you don’t —- well, try it anyway. You’ll be glad you did.