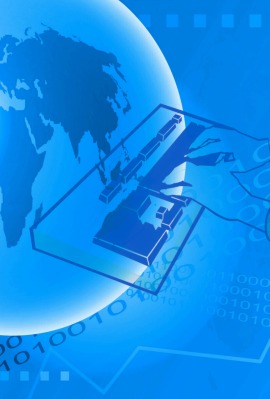 People often ask me where I get ideas for my novels, and they also like to know the “behind-the-scenes” details of the actual writing. So periodically I share some of those details — especially the ones that I found personally enjoyable or that helped me grow as a writer. The writing of Quenton’s Honor taught me much about dedication and commitment to a project — the kind of commitment that refuses to throw in the towel because tracking down those miniscule details takes multiple phone conversations, some with foreign speaking individuals, and hours poring over dusty facts and figures and then double-checking to see if any of them have changed since I started the research. But it also taught me that even the drudgery work has its own rewards in the positive results of self-discipline.

Quenton’s Honor was actually my third novel, but it was the first of all my novels to be published, with the first printing coming out about 7 years ago. The basic story had been hanging around in my mind and my heart for months before it took enough shape to send me to the keyboard to write the first words. Once I was started, however, there was no stopping. I had to do a considerable amount of research where Pakistan was concerned, and I had to keep reminding myself that I was dealing with a huge time difference between St. Louis Missouri, and Karachi, Pakistan. That time difference didn’t cause me nearly as much trouble, though, as the loss of 12 whole days when I decided — after finishing the novel — to substitute Chapter 3 for Chapter 1.

As often happens in writing a work this long, once it’s done, the author can look back and see new possibilities for the beginning chapter — scenes that will better help grab the reader and get him involved with the story immediately. I realized that Quenton’s Honor would be a better story if I took Chapter 3 and gave it to the readers first. It was a beautiful trade, and I was very happy with it, except for the fact that I had lost 12 days of action. Not to be thwarted, however, I managed to squeeze in a little flashback to grab those 12 days. Of course, I’ll admit it took me 3 days to figure out how to make it all work. But in the end, all was well.

Another editing change came when I turned it over to a friend who reads all my novels critically. I like to have him read my works before anyone else, if possible, because he is very particular about the quality of books he reads and is eager and quick to speak up if a book is lacking in any area. When he read Quenton’s Honor, he loved the book overall and was genuinely touched by several parts, but he was not at all happy with one scene where Quenton’s life is about to be snuffed out by his terrorist guards, and the men sent to rescue him have not arrived. My friend insisted the scene needed more energy and physical action.

Now, this friend is a very shy, introverted, quiet-spoken person, and definitely not the physical confrontation type. However, when I asked him for his ideas about changes to that particular scene, he got up from his desk and began to act out all the parts of the physical confrontation for the scene. I sat and watched him with my mouth open. Here was an entirely different person from the one I’d known several years. He was so energized as he acted out all the parts that he made a believer out of me, and I went home and re-wrote that scene exactly the way he had acted it out. Of course, I acknowledged him gratefully in the front of the book.

So far, readers seem to find the changes I made very agreeable. Any of the rest of you who read the book are welcome to let me know what you think as well —  about the beginning, the short flashback, and the fight to save Quenton’s life — or just about the story in general.