I just got to thinking about limericks today and decided I’d gather up several that I’ve offered on here over the past couple years and toss them together for a fun re-post.

THE WAY TO A WOMAN’S HEART 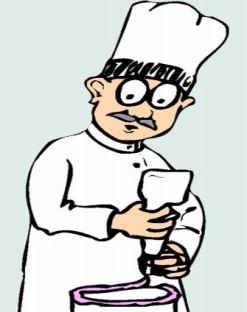 Now, Henry the baker was shy.
But he wanted to marry Miss Fry.
So with icing he wrote
On her cake this brave note:
“If you’ll have me, then I am your guy.”

But Miss Fry was too shy to say “yes.”
So that still left poor Henry a mess.
But he baked some eclairs
To show how much he cared
And delivered them to her address.

Now this courting went on for a year.
And each day Henry thought her more dear.
Though she gained fifty pounds,
In the end she came ’round,
And their wedding day, at last, is here. 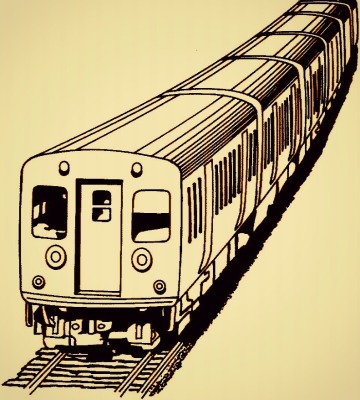 Well, my journey by train has begun.
As for tickets, I don’t have a one.
With police pressing in,
And this shackle ’round my shin,
All I packed was my trusty old gun.

In the baggage compartment I’ll hide,
And my time I will patiently bide.
When we make the next stop,
From this train I will hop
To the next and continue my ride.

It’s a journey to freedom I take.
And I can’t stop; there’s too much at stake.
Since I’m guilty as sin,
In a court, I can’t win,
But I’ve vowed future crime to forsake.

Nathaniel was feeling quite blue.
To his Darling, he’d been quite untrue.
Though he hadn’t been caught,
With his conscience he fought,
And was trying to think what to do.

He could keep it a secret from her.
If she questioned him, maybe defer.
But if someone else told —
Some old gossip quite bold —
Then his Darling would toss him for sure.

What to do, what to do — so distressed.
It was not that he loved Darling best.
But she had lots of dough,
And his coffers were low.
So perhaps he should crawl and confess.

But, alas, he had let time expire.
Darling charged in, her eyes full of fire.
Six feet tall and quite round —
Nearly three hundred pounds —
She immediate repentance inspired.

She said, “Nate, dear, you should be ashamed.
Your unfaithfulness has caused me pain.
But I know how to fix
You and your bag of tricks.”
Round his leg she did fasten a chain.

Now Nathaniel is faithful and true.
After all, there’s not much else to do.
For his Darling learned fast:
If she wants love to last,
A girl does what she just has to do.

There once was a girl, name of Summer
Who fell madly in love with her plumber
And each day down her drains
Shoved ridiculous things,
But he never caught on. What a bummer. 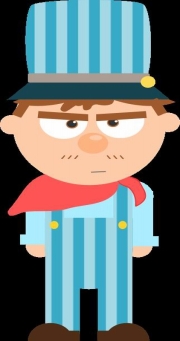 There once was a girl named Loraine
Who was wild for engineers of trains.
They could be short or tall;
She just loved them all;
Having one for her own was her aim.

Now, the guys who drove trains all agreed
That Loraine was no prize; no indeed;
So precautions they’d take,
Each to make his escape
When Loraine for a date came to plead.

Then a young engineer came to town
Who was clueless when she came around.
He became so beguiled
When right at him she smiled,
That right then on one knee he went down.

Oh the wedding was really a beut.
On a honeymoon now they’re enroute.
As they sit side by side
Engineer and his bride.
Down the tracks, at full throttle, they scoot.

There’s a moral to this little tale:
That a woman in love never fails.
If she’s made up her mind
And she’s true to her kind,
It’s the end for those poor, helpless males.

I just can’t get over her hair.
Such a fright everyone has to stare.
She discovered online
That two raw eggs and wine
Would give luster beyond all compare.

So she mixed up the potion exact,
With a pinch of vanilla extract,
Now she smells nice and sweet,
But the eggs, they got beat
When her hair dryer got in the act.

So she’s walking around everywhere
With scrambled eggs now in her hair.
A good lesson she’s learned:
That a girl could get burned.
So with online advice, just BEWARE!

5 thoughts on “Down Limerick Lane”